Abacus Appliance
Service Corporation:
We stand behind
our work!

Please fill-out the form below to get a free estimate! 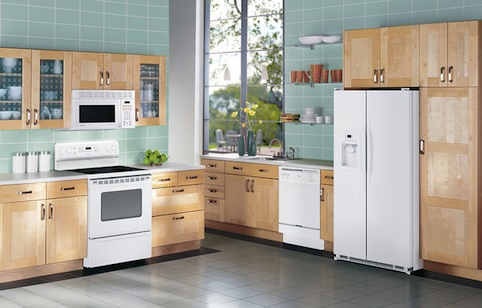 Imagine if your kitchen not only looked good, but sounded good too. A musical kitchen, you may ask. While the idea may seem a little silly, Co.Design says,”Recently we’ve started to see companies spend even more time (and resources) shaping not only how their products look but how they sound, too”. One of these companies is GE. GE is working hard to give all of their new dryers and dishwashers distinct and appealing sounds, instead of the regular buzzes and beeps.

Why spend so much time on the sound of appliances? Co.Design explains, “On a very basic level, it’s about functionality. As appliances continue to move away from tactile buttons to touch-sensitive ones, electronic sounds are essential for giving us the feedback we need to work efficiently in the kitchen”. How many of us have accidentally pushed the microwave buttons one to many times, and thankfully the beep helped us realize that we just put our dish in for 2 minutes rather than 20 seconds?

Another reason why sound is becoming a crucial part of new appliance designs is because the goal of appliance designers is to make them blend in more. Manufacturers are designing appliances to look as sleek and minimal as possible. No longer will your dishwasher compete for attention with your kitchen cabinets.

This new sound technology is not just a fad either. GE plans to integrate these sounds in their product for the next five to ten years.

Think picking a distinct sound for each function of your washing machine is an easy task? Think again. GE spent several hours and collaborated with several of its employees to figure out which features needed sound and what sound they should make. However, once they created all of these different sounds, they felt it did not flow well together in the machine. This then lead to individual soundtracks for each appliance. Take a listen to see how GE created distinct but similar musical notes for all of the features on one of their appliances:


Types of Appliances We Repair:

We service the following manufacturers and many more: